How Exactly Does the Internet Work? 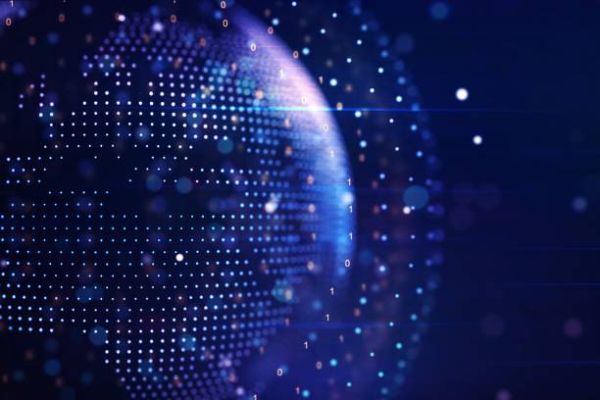 Have you ever wondered how the Internet works? It's really quite simple. In reality, the Internet is simply a network of computers that allows communication - not much more than that. Data is moved from place to place via the Internet, allowing us to chat, browse, and share information.

Packet switching is a method of moving data over the Internet. It sends your data in separate pieces, each of which is tagged with the destination. Once all the pieces have reached their destination, they are reassembled into the final product – voilà! – your email. Every email is delivered using the quickest and most efficient route available at the time you send it.

Whenever you send a message, an entire portion of the network would be blocked until you establish a permanent connection to the intended destination or send your email as a whole rather than in pieces. The Internet can be accessed simultaneously by many users using packet switching.

It's really that simple!

You're contributing to history as you read this article. We have become used to technology and the functionality of the internet over the past fifty years.

It's important to remember, however, that the internet did not always look like this, nor was it so popular. As of 2018, 82% of US adults said they used the internet, compared to only 52% in 2000.

You probably came to this page for the question: “how does the internet work?”. The internet has completely transformed the way we live, collaborate, and learn. We can now ask questions online, shop online, and communicate with family and friends. So, what's the story? What path did the internet take to become the ubiquitous, user-friendly system it is today?

For a thorough understanding of the internet and how it works, we must begin at the beginning.

A Brief History of the Internet

The first iteration of the Internet (also known as ARPANET) was launched by ARPANET (Advanced Research Projects Agency) on October 29, 1969, connecting four major computers at The University of Utah, UCSB, UCLA, and Stanford Research Institute.

Universities could access files and share information through this network of computers, which allowed them to transfer information among organizations internally as well. Researchers connected computers at other universities, including MIT, Harvard, and Carnegie Mellon, as they developed the system. It was ultimately renamed "internet."

As technology developed and consumers adapted, the internet became an essential tool for people around the globe. Internet access was limited initially to computer experts, scientists, engineers, and librarians.

To find out more about that evolution of the internet, check out this cool infographic created by HP.

Step-by-Step Guide: How does the internet work?

After learning a bit about the history of the internet, let’s look at the question at hand: “how does the internet work?”.

Various data and media are transmitted across the internet by interconnected devices. An IP network (Internet Protocol) and TCP network (Transport Control Protocol) is used for packet routing.

By using TCP and IP, you can guarantee reliable and consistent data transmission over the internet, regardless of where or which device you are using. Packets and messages are the main formats of data transfer over the internet. In the internet, data is known as a message, but the data is dispersed into smaller units called packets before it is sent.

IP (Internet Protocol) and TCP (Transport Control Protocol) are used for transporting these messages and packets. IP refers to the rules that govern the way information is sent between computers via the internet. An IP address (numerical address) serves as the address where subsequent instructions are received on how the data should be transferred.

To ensure data transfer is safe and reliable, the Transport Control Protocol (TCP) works with IP. As a result, there will be no packet loss, packets will be reassembled in order, and there will be no delay that may affect data quality.

From the launch of your browser to the results of your search, how does the internet work? We'll walk you through the steps.

When you type in a web address into your browser...

Through your modem or router, your device connects to the internet. By connecting these devices together, you can access other networks across the globe. In addition to allowing multiple computers to share one network, your router also allows connections to the Internet via your ISP (Internet Service Provider), which is either cable or DSL.

Enter the URL (Uniform Resource Locator) for your website. Websites have unique URLs that let your ISP know where you want to go.

As soon as you submit a query, it is handled by your Internet Service Provider that connects to several servers including NAP (Network Access Protection) and DNS (Domain Name Server).

TCP/IP is used to send a copy of the website from the target server to your browser via Hypertext Transfer Protocol (HTTP).

Your computer receives a "200 OK" message once the server has approved the request. Servers transmit website files in the form of data packets to the browser.

Your browser reassembles the data packets and before you know it, you can browse, shop, learn, and interact with the website.

Time to enjoy your search results!

The evolution of the internet has brought about the development of global access to digital resources and software facilities. This has given dreamers the opportunities to make their digital dreams a real-life possibility. This is why at LocalScope, we are committed to offering the best of software development services to dreamers who want to make their dreams a reality.

We cannot wait to help make your dream a reality.

Here’s a couple of stats you need to know to fully appreciate the evolution of the internet as it is today.

Posted 9 months ago by Admin

Get in touch with us